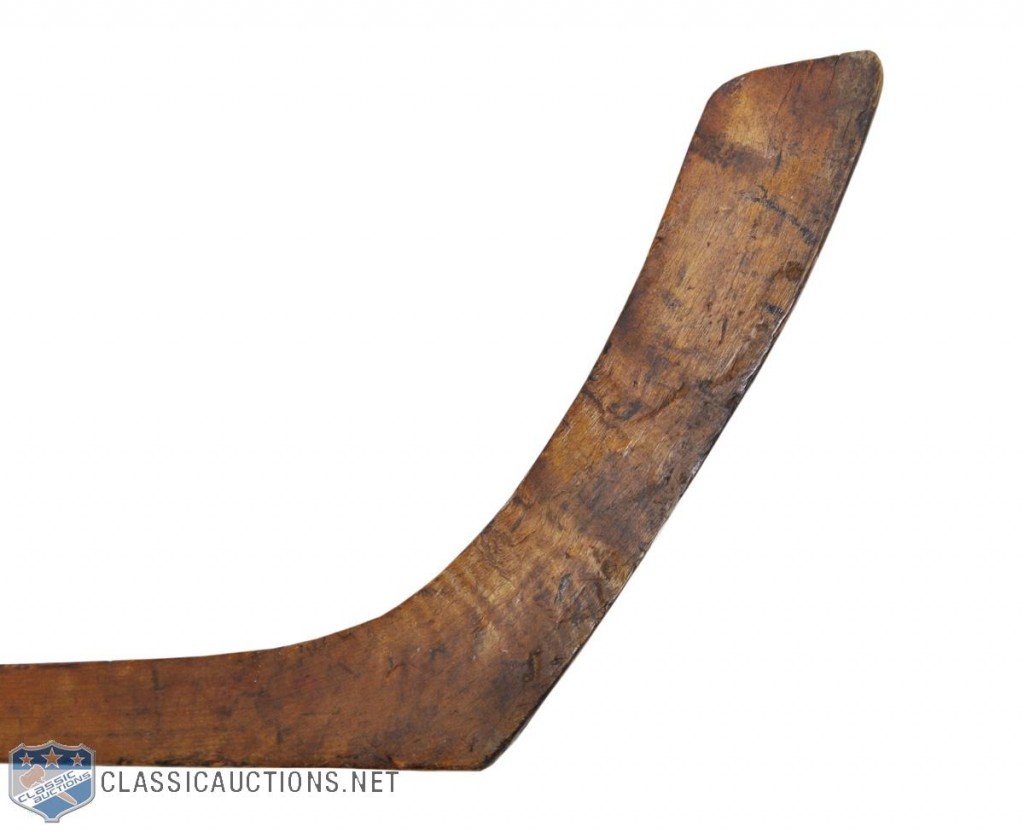 Some centuries ago, a Mi’kmaq Indian living in Nova Scotia (or possibly New Brunswick, Quebec or even Maine) carved what is known today as a hockey stick. Maybe at the time it was known as a hockey stick too. Maybe it was an instrument used for shooing rats out of one’s wigwam, though Jacques Demers might have something to say about whether the stick is too long to be used in such a manner.

Regardless, the stick — which was once auctioned on eBay for $1 million – can again be yours. Bidding began today at ClassicAuctions.net with an opening bid of $2,500. As of this writing, it’s up to $3,025. From the website’s item description:

This incredible find was purchased on a Mi’kmaq reserve in Nova Scotia in the late-2000s. The stick created some controversy among hockey historians when it was put up for sale on eBay with an opening asking bid of $1 million. It is made from yellow birch, which is a pale wood when freshly cut, a hardwood that doesn’t age much. While made from a piece of wood that dates from the 1600s, many believe that the stick was crafted in the 19th century.

According to Deborah Guinish, acting director of the Nova Scotia-based Mi’kmaq Association for Cultural Studies, hockey sticks have long constituted a major part of Mi’kmaq craftsmanship. In the 1800s, said Guinish, many of the game’s earliest players took to the ice wielding Mi’kmaq-made sticks.

An educated guess: You might need more than $3,000 and change to win this one. Best of luck.