The tomb of the unknown hockey team resides in Boston

Like the word “stanchion,” the term “quiet room” has managed to worm its way into the hockey conversation.

While each of the NHL teams have now had to set aside a spot of serenity for suspected concussion sufferers, no such measure is really necessary in Boston’s TD Garden.

These days, the quietest room in the joint, and maybe all of New England, is the visiting team’s dressing room. 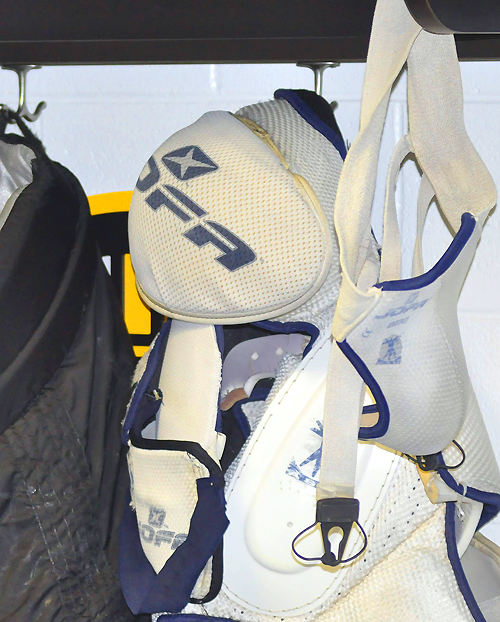 These days, it’s been virtually tomb-like, as it was after the Toronto Maple Leafs took a 4-1 pasting from the reigning Stanley Cup champion Boston Bruins.

The Leaf room was so shrouded in silence, you could have even heard Phil Kessel speak, if he had chosen to do so (zing!!!!!). 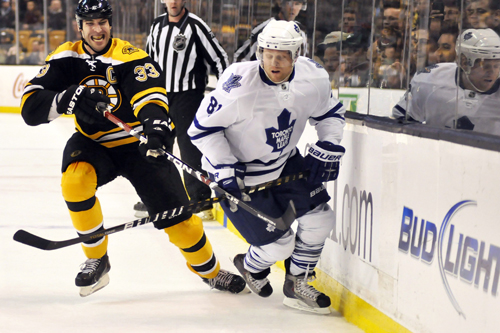 Mikhail Grabovski, the lone Leaf goal scorer this night, didn’t have to raise his voice to be heard by the gaggle of reporters.

“I think we need to try play like Boston plays,” said Grabbo. “Move the puck quicker. Use our defensemen all the time. We can do better.” 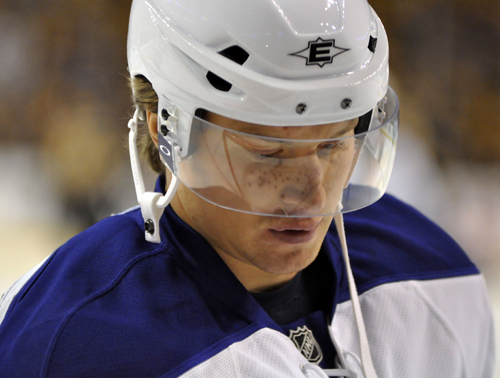 The Leafs have plenty of company there.

Virtually all their opponents – save for the Detroit Red Wings, who earned a hard earned shootout win over the B’s a week ago – have exited the room shaking their heads, wishing they brought more stones to their clash with the Stanley Cup champs.

“I can do more,” said Buffalo Sabres forward Paul Gaustad, in the moments following the infamous Lucic/Miller affair. “I’m embarrassed that we didn’t respond the way we should have.”

And that’s what the Bruins have been doing in defense of their Cup.

They’re not just beating the opposition (12-0-1 since the end of October), they’re putting them to shame.

That includes the Leafs, whom they’ve dispatched in each of the season’s four meetings.

“You can play 58 minutes hard,” said center Joey Crabb, “and take a few minutes off. They’re going to beat you.”

Beaten before the first puck falls.

Or so it sounds.