The Rangers and Kings return to the Finals, and this time it’s different. 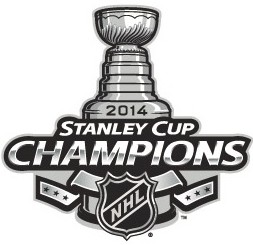 Twenty years is a long time. It didn’t hit me until this weekend that’s how long it’s been since the Rangers went to the Stanley Cup Finals. I was 10 years old when that happened and although I was somewhat pulling for Vancouver (I liked their logo, and we all did dumb things when we were younger), I remember being happy for New Yorkers when the Rangers won. The celebration was massive. ESPN — ESPN! — showed the victory parade. I’ve only rarely seen a city so grateful to win a title.

That 1994 squad was led by center Mark Messier, defenseman Brian Leetch and goalie Mike Richter and its top-to-bottom depth was impressive. New York ended up winning the President’s Trophy that season and set a team record for points in a season. After easily dismissing the Islanders and Capitals, the Rangers had to gut out a memorable seven-game series against the Devils. Once the Finals rolled around, New York was in control before teasing the Canucks with the possibility of a Game 7 upset at Madison Square Garden. The Rangers won the game 3-2 and the series 4-3.

This year’s squad is not as dominant as the previous Finals participant. The Rangers finished with 96 points — respectable, but well behind the top three teams in the East. New York had to fight through a tough first-round series against the Flyers, then rode the hot stick of Martin St. Louis to erase a 3-games-to-1 deficit and dismissed the top-seeded Penguins. The Rangers then rolled to a Game 1 win over the Canadiens, taking out Montreal’s star goalie Carey Price in the process. Although Montreal put up a good fight, it was pretty clear that the Rangers were going to the Finals.

Also unlike the 1994 squad, there is no team captain, only three “A”s. No letters are needed, really. Even the novice fan knows the team leader mans the net. Henrik Lundqvist is considered one of best goaltenders in the league, if not the best outright. If the Rangers want to hoist the Cup again, they are going to need him to come up big. King Henrik became New York’s all-time wins, playoff wins and shutouts champ this year. He’s also showed off his ability to rebound after a rough outing. Lundqvist was pulled during Game 5 of the Eastern Conference Final against the Canadiens, then became a human Visby Rigmur1 in Game 6, shutting out Montreal and clinching a Finals bid. When he’s on his game, Lundqvist is hard to beat. The Rangers already have the advantage in goal going into Game 1. Despite talented skaters like St. Louis, Rick Nash and Mats Zuccarello, the Rangers lack a key skater who can take over a game on offense. St. Louis has racked up plenty of points in his career, but at 38 he doesn’t induce fear like Chicago’s Patrick Kane or Pittsburgh’s Sidney Crosby and Evgeni Malkin. That could be the Rangers’ undoing against a team like Los Angeles that is clicking at the right time.

The Kings are attempting to win their second title in three years. Los Angeles won its first title due mostly to the outstanding play of Conn Smythe winner Jonathan Quick. Very few analysts saw the Kings winning the Cup two years ago, a season in which three different head coaches stood behind the bench. I predicted they would upset Vancouver in the first round, but that’s it. Darryl Sutter’s crew took out the Blues and Sharks before quickly dispatching the overwhelmed Devils in the Finals. Quick was outstanding and got most of the ink, but he had plenty of help. Dustin Brown and Anze Kopitar had eight goals apiece in the playoffs, making even Roberto Luongo and Martin Brodeur look foolish along the way. Combined with Quick’s stellar play between the pipes, the Kings were able to win eight road games and become the first eighth-seeded team to win the Cup.

Ever since, the Kings have been recognized as a legitimate contender. They have the postseason experience and for the most part, the same team that won it all in 2012. Still, the defending champion Blackhawks, the Ducks, the Blues and even the Sharks were seen as having a better shot at the Cup than Los Angeles. That didn’t matter as the Kings proved to be the masters of the comeback. They defeated San Jose after losing Games 1, 2 and 3, knocked off Anaheim in Games 6 and 7 and were able to overcome several deficits against Chicago before clinching a Cup bid on the Blackhawks’ home ice.

Unlike 2012, Quick isn’t the squad’s leader. He’s looked surprisingly vulnerable this postseason. The stars have shined on offense, scoring five or more goals five times. Kopitar, Jeff Carter, Marian Gaborik, Justin Williams and Drew Doughty rank among the top 10 in playoff scoring. Once the Kings get rolling, they can be hard to stop and even harder to keep up with.

When predicting a winner, I’m a little torn. The Rangers have been a revelation in the East, and have used St. Louis’ tragedy of losing his mother during the series with the Penguins as a rallying point. They also have the advantage in goal with Lundqvist. With Quick struggling, goals should come a little easier. They can’t overcome the fact that, man for man, the Kings are a better team. They’ve been more consistent offensively and have shown that falling behind early isn’t a concern. As good as Lundqvist is, I think Los Angeles will be able to score easily and will able to breeze past the Broadway Blueshirts in six games.