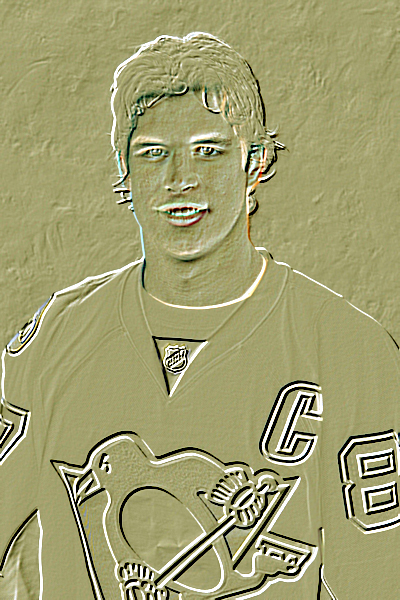 However, as we gather with our families and friends this Thanksgiving, we can be happy that there were two pleasant surprises this week: The return of a superstar and the rise of previously unheard of schools in the world of college hockey.

I’ll start off in Pittsburgh, where Sidney Crosby returned to the ice with the Penguins after being out since last January after suffering successive concussions. I remember watching last year’s Winter Classic against Washington and seeing Crosby get leveled, causing his first concussion. It still makes me cringe.

After building anticipation for months, Sid the Kid made his triumphant return last night and he did not disappoint. Early in the first period, the phenom made New York Islanders goaltender Anders Nilsson (who was making his first NHL start) look foolish, lifting a backhand shot up high into the net as Nilsson went low.

Crosby would celebrate his goal by slightly pumping his arm and yelling “F yeah.” I’m not ashamed to say that I did the exact same thing.

Crosby also added an assist in the period on a nice backhand pass to Brooks Orpik, who one-timed it passed Nilsson. When all was said and done, he finished with six points, adding another goal and assist in Pittsburgh’s 5-0 victory.

Watching Crosby return and have such success showed the hockey world what it had been missing for 10 months. It also gave Penguins fans a chance to believe that they will contend for the Stanley Cup again, and unfortunately for Islanders fans, showed just how far away New York is from contending again.

Another heartwarming tale came from college hockey this week, in the form of Merrimack College rising up to claim the number one ranking in both national polls. Most college hockey fans have never even heard of Merrimack, whose ascension has been gradual over the last couple years and reflects a national trend.

I first noticed Merrimack two years ago while attending a series at North Dakota with my fiancée. The Fighting Sioux dominated the first game but Merrimack played them tough the second game and ended up only losing by one goal. I remember turning to friends and saying, “I think this team will be a force next year.”

Sure enough, they were. The Warriors had their first winning season ever as a member of Hockey East. Merrimack made the NCAA tournament last season, losing to Frozen Four representative Notre Dame in overtime. However, the Warriors made a statement that they were here to stay – pretty impressive considering that just three years before, they had only nine wins.

Now they sit undefeated (8-0-1) having defeating national powerhouses Maine and Boston University, and sweeping a Vermont team that had beaten previously top-ranked Minnesota on the road. A balanced scoring attack is led by Ryan Flanigan, who has 10 points and shares the team lead in goals with Mike Collins with five apiece. Goaltender Joe Cannata has also been solid between the pipes (1.47 GAA, .940 save percentage).

Despite its (lack of) history, Merrimack’s rise shouldn’t surprise anyone.

Smaller schools have been challenging the powerhouses consistently the last five years. Some think it started in 2006, when 15th-seeded Holy Cross upset second-seeded Minnesota 4-3 in overtime on a goal by Tyler MacGregor. This upset victory shocked many hockey pundits, many of whom picked Minnesota to advance to the Frozen Four that year. The Crusaders would fall the following night to North Dakota after fighting hard until the end.

After a series of near-upsets the small schools reached their ultimate goal in 2009, when Bemidji State upset Notre Dame and Cornell in two blowouts to reach the Frozen Four. In that same tournament, Air Force upset Michigan and came within a controversial overtime goal of upsetting Vermont and also making the Frozen Four.

The trend has continued this year. In addition to Merrimack, Ferris State, Western Michigan and Lake Superior State – which is enjoying its first good season in years – all appear capable of making the Frozen Four.

Will the Warriors’ success last? Probably. The rest of their games before the holiday break are against decent teams, but all are winnable.

Merrimack’s true test will come during the second half of the season, as it does for most teams. They might not keep their number-one ranking the rest of the year but if they can get some wins against New Hampshire and Boston College, the Warriors will once again make the NCAA tournament.

Then the rest of college hockey world will finally have to “Back the Mack,” as they say.