Out of the shadows, a new team rises 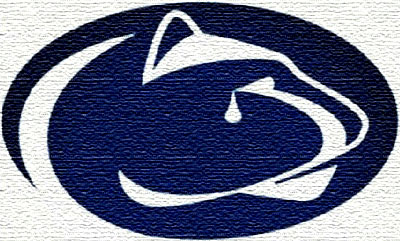 A dark cloud hangs over the region known affectionately as Happy Valley. It’s mostly just stayed there, rumbling in the sky, but now that the NCAA has issued its ruling, it’s started to produce a torrential downpour that is flooding the region and sent lighting bolts that are eliminating all the power.

Nobody knows how long this cloud will linger because nobody has ever seen anything like this before. The scandal has affected everyone — people attending and working for the university, living in State College, in Pennsylvania, and across the United States.

This cloud, of course, is the sexual abuse scandal at Penn State, an unprecedented set of incidents that has shaken the school to its core. A well respected former football coach took advantage of at-risk youths and assaulted them on numerous occasion while the university stood by and did nothing – even giving the coach an impressive retirement package so that he wouldn’t damage the program and doing everything they could to make sure no one outside their small group knew what happened.

As a result of this cover-up, the university president has been fired, its vice president and athletic director are facing serious prison time for lying to authorities, and perhaps most shocking of all, the former head football coach – a man who was once Sports Illustrated‘s Sportsman of the Year and respected by many – has fallen.

A few years back, Penn State honored Joe Paterno with a statue near the football stadium along with the many buildings named after him on campus. Now, in an effort to move on, the statue has been toppled – not unlike those honoring Stalin, Lenin and Hussein. Four men who held too much power and kept good people from making change.

Even the most loyal Penn State students have tried to move on by re-naming their tent city for football games – from “Paternoville” to “Nittanyville” – which has earned them the wrath of the lunatic faithful (or as I’ve dubbed them, the Paternapologists). These people aren’t exactly convincing the rest of the country that Happy Valley isn’t home to a massive cult.

Now that the NCAA has dropped the hammer down on the Nittany Lions football program with heavy fines, bowl bans and vacated wins from 1998-20111, Penn State must turn to its smaller teams to restore its image.

One of those teams could be the bright light that shines through the massive cloud, its brand new men’s hockey program. That’s right. After years of competing at the club level, the Nittany Lion hockey team will vault itself to Division I independent status and will be facing off in October.

The birth of a hockey program was made possible by money, of course. Terry Pegula, a PSU alumnus and owner of the NHL’s Buffalo Sabres, donated $88 million to the university for the specific purpose of building a hockey arena. With that sizable donation almost eliminating any serious cost to the university, then-Athletic Director (and soon to be convicted felon) Tim Curley announced in 2010 that Penn State would create a hockey program that would start competing in the 2012-13 season.

Penn State will be joining Michigan, Michigan State, Minnesota, Ohio State and Wisconsin in the BTHC for the 2013-14 season. Their first head coach will be Guy Gadowsky.

When I heard that Gadowsky was leaving a nice gig at Princeton for Penn State, I thought he was making a rash decision. I’m guessing with the scandal that’s erupted there, he probably is rethinking that decision.

Gadowsky had a lot of success with the Tigers, taking them to the NCAA Tournament twice and almost upsetting Minnesota-Duluth in 2009 Tournament, and also had some success at Alaska before that. He has proven he can take struggling programs and turn them around, but he might have a little harder road this time around.

The public image of the university’s athletic department has been severely tarnished. I’m guessing some recruits who have committed or thought about committing to the new Nittany Lions program are reconsidering. Not only that, but Gadowsky will have to try to compete with some of the most established hockey programs in the country next season (the other five Big Ten schools have a combined 23 national championships).

Penn State’s schedule doesn’t look easy, either. Thanks to its independent status for the first season, the Nittany Lions were able to avoid the mighty Big Ten opponents, except for two away series against the Spartans and Badgers. They still must play 2012 Frozen Four representative Union, 2012 NCAA participant Air Force and 2010 Frozen Four participant RIT, so Penn State can expect quite a few bumps and bruises.

Despite the hardships they will go through, the Nittany Lions hockey team provides a new beginning and a chance for the university’s athletic department to rebuild. Not just for Penn State, but for the rest of the country as well. The remnants of Sandusky’s crimes, and the ensuing cover-up, are gone or at least starting to leave campus. The infamous showers at the football complex are being torn down and remodeled. The Paterno statue is gone. A mural on campus no longer has Jerry Sandusky on it and the halo over Paterno’s head is gone.

It may take a while, but that dark menacing cloud will finally disappear and maybe, just maybe, the Pegula Ice Center and the hockey team could be the bright light that the university can use to guide itself in the future.

1. Yet the NCAA allowed the school to avoid the “death penalty” — surprise, surprise