NHL Expansion: Ranking the nine cities most likely to get a team. 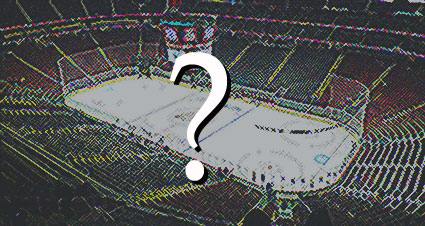 The NHL expansion rumor mill has been heating up in recent weeks with a pair of reports connecting the NHL to Las Vegas as a done deal (Tony Gallagher’s column in the Vancouver Province and Howard Bloom’s Sports Business News tweet:

The NHL was quick to shoot down these reports, but perhaps this is a situation where when there is smoke, there is fire, as the NHL has a least looked a few places for future teams in the past calendar year.

Maybe the NHL doesn’t really need expansion and 30 teams are enough, but considering the potential windfall to the league’s ownership by adding teams, and you can almost bet on the NHL expanding in the not-so distant future. Thirty-two or 34 teams would make sense as the next logical step, and if you believe the reports that are out there, it might happen as soon as 2016-2017, the NHL’s centennial season.

Here is a quick evaluation of nine potential NHL expansion or relocation cities in order from most likely to get a team by 2025 to least likely:

At this point Seattle seems like the most likely city to receive an expansion franchise. Forget about the 14/16 east/west NHL alignment balance, this just seems like a great spot for an NHL team. It’s another strong American TV market. The Seattle team could form a natural geographic rivalry with Vancouver. However, the city and current ownership groups seem much more interested in getting a NBA team first, then adding an NHL team as an additional building tenant. The biggest hurdle here is that there is no real NHL-ready building at this point, and that always a big NHL no-no.

Quebec City has made all the right moves toward generating interest in getting a new NHL team in town. The city will soon have an NHL-ready building and very willing ownership. Second, the area has huge interest in getting an NHL team back (Winnipeg’s attendance success only encourages the NHL to think seriously about going back to Quebec). The one issue that really hasn’t been brought up in this discussion: Some NHL players had little interest in playing in the French-majority speaking city during its past incarnation as the Nordiques.

Sin City ticks off many of the boxes for a professional franchise. It will soon have a building capable of hosting an NHL team. It has a large enough population to support a major-league franchise, which doesn’t exist among the big four sports. But there are a lot of obvious drawbacks here as well. I just don’t see how it could work long-term, but that doesn’t mean the NHL isn’t interested in trying it out with the right ownership group.

For me, the GTA makes the most sense for a future NHL franchise. It’s common sense that multiple teams could thrive in the biggest hockey market in the world. For decades, the Toronto Maple Leafs have had an iron fist on professional control of the hockey-mad area. Toronto’s ticket prices are outrageous, while demand is still off the charts for a team that didn’t even make the playoffs last year. Remember the scene outside Air Canada Centre during the first round of the playoffs in 2013? Toronto is a market could easily handle two or even three teams —  there’s much more interest in hockey here than in either New York City or LA/Anaheim, and it has a huge (6 million-plus) population base.

Kansas City has a building waiting for an NHL team, and has drawn big crowds for preseason games, but it’s remained on the backburner of recent expansion rumors. The former NHL Scouts failed miserably there, but like Atlanta and Minnesota during the last round of expansion, this might be a place worth another shot. Geographic rival St. Louis, despite its recent on-ice success, is still one of the league’s least valuable franchises (28th out of 30 according to Forbes).

The NHL has inexplicably avoided the thriving American Northwest for far too long. Vancouver and San Jose are two of the NHL’s model franchises, while Seattle and Portland are both growing cities with young and vibrant populations. If Seattle succeeds with an NHL team, look for Portland to follow suit in future years. The WHL’s Portland Winter Hawks provide an excellent example of why the City of Roses would be a great place for the NHL to expand to.

Just a few years back another Canadian market, Saskatoon, was a hot topic for possible NHL relocation. It was among the cities mentioned by a potential Phoenix ownership group looking to host five Coyotes games elsewhere. Preseason NHL games have been successful in the city, and there’s a building available with a seating capacity of 15,195. This is a long shot for now, but if the NHL Sunbelt struggles again in future years, Saskatoon, with its devoted fan base, might resurface as an NHL destination.

Blackberry mogul Jim Balsillie has tried in vain to move three different NHL franchises to Steeltown in past years, even selling season tickets at one point after reaching a purchase agreement. The big issue here is the location, with a potential team set to be located almost exactly between Toronto and Buffalo. Attendance likely would not be an issue for this hockey-mad area, but the quality of the current arena, and the instability of the Sabres franchise, certainly are big concerns.

Like Cleveland, Baltimore and Houston and a few other American cities, Milwaukee has been linked in various capacities to NHL franchises in the past. One of the big issues facing Milwaukee (which is the same issue plaguing the Bucks) is the readiness of an arena in town. With the Bucks walking down the road toward a new building with new ownership, all of sudden Milwaukee might re-enter the picture as a potential NHL destination as a joint tenant. The recent success of the nearby Blackhawks certainly does not hurt.