NHL conference finals offer fresh blood and the promise of a first-time champion. 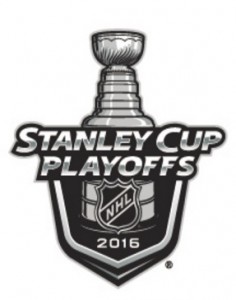 They are a true representation of the league’s Salary Cap era, but the Conference Finalists in the 2010s were rarely made up of fresh faces. The usual suspects, near dynasties Chicago and Los Angeles, and perennial favorite the New York Rangers in the East, bowed out in the first round.
Replacing Chicago and Los Angeles in the West are two of the most star-crossed franchises in the NHL.

Emerging from the Central Division was the usually disappointing Blues, a squad that has been stuck in neutral over the past few years trying to outlast the Blackhawks, Minnesota Wild and Nashville Predators in easily the league’s toughest grouping. However, this is St. Louis 2.0, a retooled team that combined its prior size, grit and outstanding blue line with new skilled young offensive weapons.

The Sharks, whose winning window most thought long since passed, are also a surprise conference finalist, taking the place of the heavily-favored Anaheim Ducks and Kings out of the Pacific. Yet, this is easily San Jose’s most complete team, combining its usual blazing speed with equal parts grit, experience and youth moving into its prime. Perhaps the X-factor as to why San Jose is here is their new stud goaltender, Martin Jones, who is enjoying a coming out party in these playoffs.

In the East Metropolitan Division champion Pittsburgh is easily the most championship experienced remaining team, but for de facto reasons only. The Penguins did win the Stanley Cup back in 2009, and they are the only franchise left in the final four to earn a NHL championship in the past 10 years. However, there are just five players remaining in Pittsburgh that were on that championship squad (which also reached the finals in 2008)—captain Sidney Crosby, superstar Evgeni Malkin, goaltender Marc-Andre Fleury, forward Chris Kunitz and defenseman Kris Letang (Ben Lovejoy did not play in the playoffs that spring). The past six postseasons were filled with unmatched expectations and playoff failures.

The Penguins’ third-round opponent is Tampa Bay, who was just two wins away from hoisting the Cup a season ago. For that fact alone the Lightning would seem like the obvious favorite. However, playing without two key parts, defenseman Anton Stralman and sniper Steven Stamkos, and beating the second-worst playoff team in the first round followed by the unheralded New York Islanders in the second-round does not breed much confidence in Tampa Bay this spring.

The bottom line is this—whichever of the four teams survives to the win the Stanley Cup, they were probably unexpected to do so before the start of the playoffs. But that team will also be plenty deserving of finally sipping champagne at the end of a long and difficult postseason journey.

Pittsburgh navigated past division rivals New York and Washington, two usual Stanley Cup favorites, to reach this point. Yet, neither team posed their usual challenge. Pittsburgh’s speed, offensive depth and talented young goaltender Matt Murray was way too much for the beat up Rangers to handle. Then the Penguins skated circles around the Capitals weaker depth lines and its slow defense. Pittsburgh’s big guns, Crosby and Malkin, struggled offensively against the Caps, and that typically spells the end for the Penguins. However, Pittsburgh found life with a line Washington could not contain, Nick Bonino (team-leading eight assists in the playoffs), Phil Kessel (team leading five goals and 12 points) and Carl Hagelin. Letang has been a monster on defense, (team-best plus-seven rating), while Trevor Daley, Brian Dumoulin and penalty-killing specialist Ian Cole have been superb on the Penguins thin blue line. If all else fails, Pittsburgh can rely on 21-year- old, cool as a cucumber goaltender in Matt Murray, who has a 2.05 goals against average and .938 save percentage in these playoffs.

Despite only needing 10 games to dispatch the Red Wings and Islanders, Tampa Bay’s offense is cooking behind resurgent Tyler Johnson (team-leading nine assists and 13 points) and the playoff goal-per-game leader Nikita Kucherov. Even with Stamkos the Lightning are stunningly deep offensively, helped by their biggest surprise contributor Jonathon Drouin, who has nine points so far in the playoffs after producing just 10 in 21 games during the regular season. There are all sorts of playoff MVP candidates on this Tampa Bay squad, but the easiest to point to are underrated defenseman Victor Hedman (team-leading 27:30 average time on ice) and goaltender Ben Bishop (1.89 G.A.A., .938 S.P.).

Fast doesn’t even begin to describe the pace of play we should expect to see in this year’s Eastern Conference finals. The pace should be blazing, and both teams’ defense will likely get overwhelmed at points in this series. But without Stamkos I like Pittsburgh’s depth to emerge here, and Crosby and Malkin to each have terrific series as they get unleashed against a team that is not tight-checking like either the Rangers or Capitals. The Penguins will advance in six games.

Despite beating Chicago and Dallas, two Stanley Cup favorites en route to the conference finals, 107- point St. Louis will be the underdog against red-hot San Jose. The Blues were never dominate in either of their prior series. Instead, they were just a little bit better than their opponents in all phases of the game. St. Louis is easily the most complete team left in the playoffs and that was a big reason why they were able to expose flaws on both the Blackhawks and Stars. Offensively, superstar Vladimir Tarasenko (team-leading seven goals and 13 points) and captain David Backes are shining, while rookie Robby Fabbri (13 points) and Troy Brouwer are shouldering an unexpected load. The Blues are awesome on the blue line, and their crew of Kevin Shattenkirk, Alex Pietrangelo, Colton Parayko and Jay Bouwmeester should give San Jose’s freewheeling forwards fits. Much like his team, goaltender Brian Elliott is shaking off personal playoff demons to be outstanding in the postseason, posting a 2.29 G.A.A., .929 S.P. against arguably the NHL’s two top offensive teams.

The most impressive effort in the first round was the five-game dusting San Jose gave 2012 and 2014 Stanley Cup champion (and their playoff nemesis) Los Angeles. The Sharks were nearly as dominant against underrated Nashville, but the Predators made San Jose pay for every mistake they made and did expose issues at the back of the Sharks’ blue line. The key factor in beating both L.A. and Nashville was San Jose’s power play, as its 31.0% success rate in the playoffs is the best among the remaining teams. Captain Joe Pavelski is a huge reason why, with a league-leading nine goals mostly setup by Joe Thornton. That duo, along with the playoffs leading point scorer Logan Couture (17 points) and awesome two-way defenseman Brent Burns (team-leading 11 assists), are carrying the Sharks. However, it’s easy to overlook the contributions of the team’s young depth forwards and always underrated defenseman Marc-Edouard Vlasic. Jones in goal (2.16 G.A.A., .918 S.P.) has been outstanding, easily outplaying past Sharks netminders that fell apart in the playoffs.

For the third straight round St. Louis will face off against a team with more team speed then they have. Dallas and Chicago are both fast teams, but San Jose takes it to a whole new level, so it will be interesting to see how the Blues respond. St. Louis is much more prepared for this style of play this year, and will counter with its mobile blue line and similar depth. This is going to be an awesome series and razor tight, but I think St. Louis will out muscle the Sharks will take this in seven games.

Any option out of the remaining four teams advancing to the Stanley Cup Finals would make for a terrific series, but in my predicted matchup between St. Louis and Pittsburgh, I like the Blues to again handle the Penguins’ superior speed, and then expose their opponents’ weak back end blue liners. St. Louis will win its first ever Stanley Cup, winning all four series on the way in seven games.