The New York Islanders are finally freed from the penitentiary known as the Nassau Memorial Coliseum, and will soon begin their first season at Brooklyn’s Barclays Center.

What better way to commemorate one’s release from prison than with these new third jerseys? 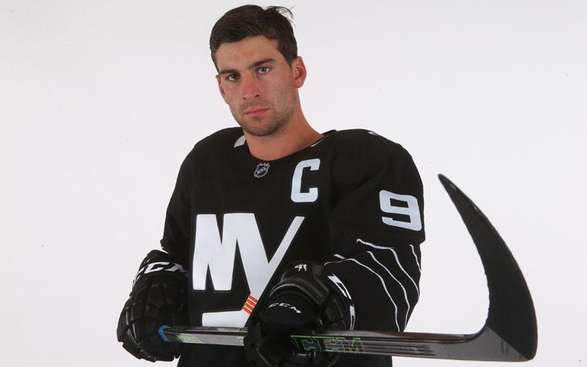 The Islanders posted a photo gallery of the new look on their website. No matter which way you look at it, you can’t escape the sense of … escape.

We’re actually fans of the minimalist look in general, and nothing says minimal like black and white. Problem is, when you throw a couple stripes on the sleeves, and eschew piping and gray trim (like these guys), the look becomes a little too stripped-down.

As in, “strip down, it’s time for a cavity search.”