My visit to the Hockey Hall of Fame, the ground floor of history.

TORONTO — My knowledge of the Hockey Hall of Fame prior to today consisted of two facts: One, it’s in Toronto; two, it’s where the Stanley Cup stays when it isn’t out on the road (which is rather often). Safe to say I carried an open mind into Brookfield Place.

So, about Brookfield Place. Let’s start there.

Maybe it’s my fault for imagining the Hockey Hall of Fame in a dedicated stand-alone building, preferably shaped like a hockey puck with all sorts of hockey-looking paraphernalia gilding the outside. That’s not Brookfield Place. Actually, picture the opposite of that and you’re off to a good start.

Like most buildings in Downtown Toronto, Brookfield Place is an anonymous, new-ish skyscraper with many tenants. You walk in and feel as if you’ve entered an ultamodern mall with glass windows facing a busy street, super-high ceilings, sculpture installations, restaurants, retail shops and a Starbucks on the bottom floor. I didn’t have time to explore the building, so I’ll cheat by pulling this description from its website:

Home to some of the world’s most prestigious financial and legal firms, and the corporate headquarters of many preeminent Canadian corporations, the 2.6 million square foot complex fosters business and commerce of global significance. Brookfield Place also stands as a prized example of Toronto’s cultural development and community spirit. Its public spaces have received international acclaim for their architectural excellence, including the award winning Allen Lambert Galleria, a favourite backdrop for some of North America’s most prominent exhibitions and special events. Visited by millions of people each year, Brookfield Place is also home to the Hockey Hall of Fame and some of Toronto’s most popular dining, shopping and lifestyle destinations.

So hey, strike a business deal, check out the art, grab a coffee and maybe swing by the Stanley Cup if you have $20 Canadian!

I’m not being glib1. That’s the gravitational pull of this building: Not up, not down, not anywhere. You really have to look for signs to be directed to the Hockey Hall of Fame (it’s on the ground floor, down an escalator and past the Starbucks). The Canadian Business Hall of Fame might just pull you in first, if fawning over pictures of pasty balding fat men in expensive suits is your cup of tea. That’s housed on the street level. There is no permanent, physical American Business Hall of Fame2, but the Canadian incarnation is literally resting atop the shrine of its national sport. Strange. Just so strange.

All that said, this is not a bad location. If you’re passing through downtown Toronto for any reason — sporting event, shopping, eating, drinking, the CN Tower, a day on the water — the HHOF isn’t out of the way. You can simply walk in, buy your ticket at the door and pass through. However, it’s better to buy your ticket online in advance. Enter the promo code TOUR16 and you’ll save a few bucks on admission, plus receive 10 percent off any purchase of $25 or more in the merch shop. More on the merch shop in a bit.

Once inside, I found the reality very much aligned with my imagination. Old stuff that looks old; old stuff that looks new. Pucks, sticks, rings, skates, sweaters, a movie theater, the Stanley Cup, the Montreal Canadiens’ dressing room, trading cards, interactive games. Occasionally I found pictures and equipment celebrating pioneering minorities like Willie O’Ree, Larry Kwong and Manon Rheaume. In another corner hung some of the most memorably awful third jerseys of all time, like this and this. Hockey is for everyone, even those of us who flunked design school.

The best display is not a display at all. It’s a collection of crap sitting in a pile beneath the dark shadow of a set of fake bleacher seats. Sounds lousy until you consider the crap. If you can appreciate the sense of discovery that comes from rifling through an antique store and uncovering a hidden treasure, you can appreciate these gems. Check it out: 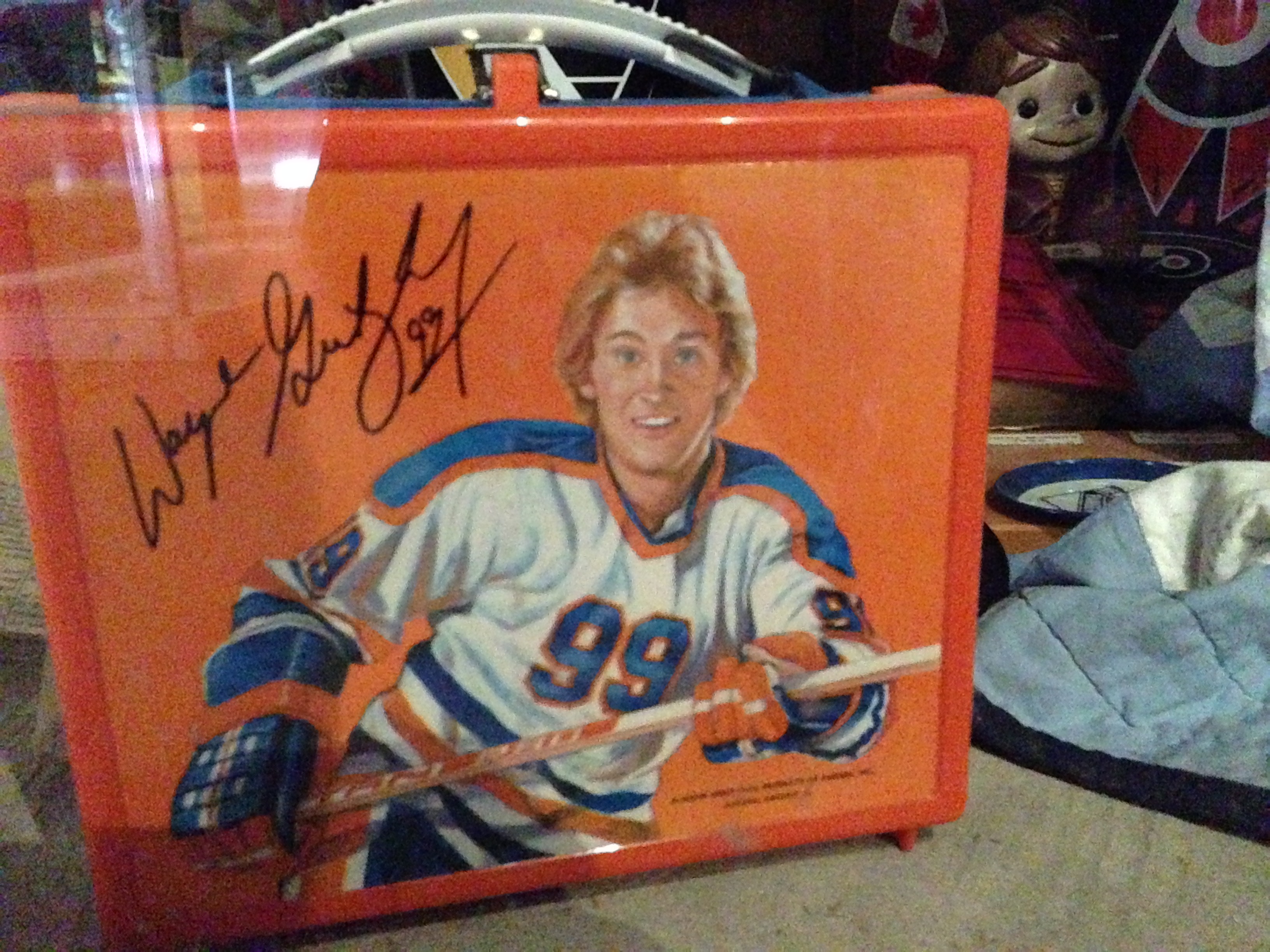 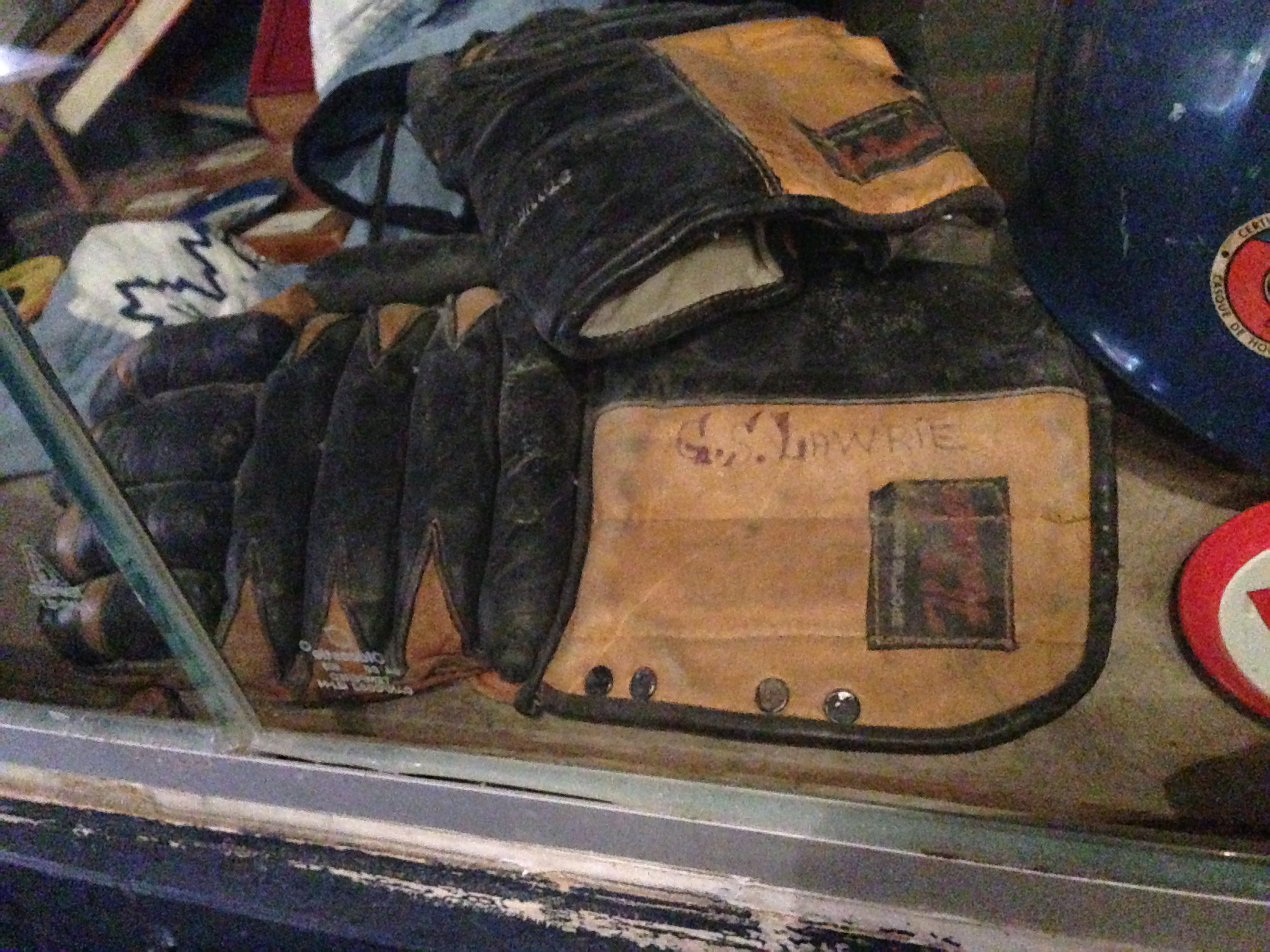 I won’t discourage your sense of discovery by spoiling any other displays, other than to say they’re generally executed very well. If you’re a Habs fan, the dressing room exhibit will feel like heaven. I probably could’ve wandered around from the time the doors opened in the morning until they closed in the afternoon without getting bored.3 But even one hour would be worth the cost of admission, if only to experience a century’s worth of hockey history in three dimensions.

The merchandise shop sits one floor above the actual Hall. The staff is more helpful than the selection of goodies; your local NHL arena features a wider variety of swag specific to your team. Don’t come for the merch, but don’t skip it entirely. You never know what you might find.

That’s particularly true if you’re looking for something specific to a Canadian team. It probably makes sense that more Canadians would visit than Americans, considering the relative hassle of international travel. Generally speaking, the farther your team is located from Toronto, the less merch you can expect to find here. You might even be able to guess the most popular U.S.-based team in terms of sales.4

True confession: This was the first time I’d ever visited a major sports Hall of Fame. Aside from its odd but convenient location, I left feeling satisfied. The annual debate over who should be enshrined with the title “Hall of Famer,” and the guarded secrecy shrouding the selection process, didn’t add to or detract from my experience. That was my only intellectual flirtation with the contents of the Hall before today. Once inside it wasn’t out of sight, but it was definitely out of mind. The experience isn’t about celebrating who is in and who is out. For me, today, it’s about seeing the game from a more global perspective than you get by riding the rollercoaster of playoff overtime, and there will be plenty of time for that in the weeks ahead.

1. K, maybe a little.
2. I just Googled it.
3. They’ll stamp your hand when you enter the building and re-entry is permitted, so you can always break your visit up into a morning and afternoon session with lunch in between.
4. Chicago Blackhawks