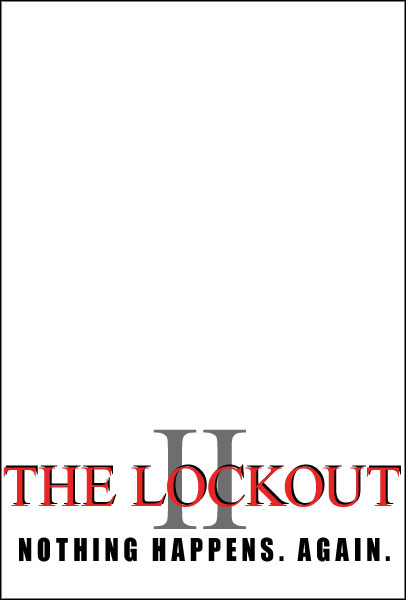 A cheap Hollywood sequel is unfolding in front of my eyes. Seven years after an entire season was lost — a first among the four major American sports not caused by a World War — there is speculation that the 2012-13 NHL season could again be lost to a collective bargaining agreement dispute.

These days, you have to have some massive cojones to call for a lockout if you’re an NHL owner. Remember when Major League Baseball players went on strike in 1994 and cost the fans the World Series? From that point on, the sport fell from its perch as America’s favorite game? It took a steroid-infested home run chase to get people interested in watching baseball again. The NHL rolled out its own bag of tricks after 2005 — one game outdoors each year on New Year’s Day, a fresh group of superstars such as Sidney Crosby and Alex Ovechkin, some rule changes (notably, shootouts) and a handful of other things — to recover from the lost season.

I still remember the 2005 lockout like it was yesterday (normal, considering its ramifications and the fact that I’m only 28). I was in Grand Forks getting set for my third year at the University of North Dakota and amped for another NHL season. I had built up quite a tradition of staying in the dorms on Saturday nights to watch Hockey Night in Canada and I didn’t want to mess with that. Not only that, but I was planning on attending my first NHL game that year. Every year, the Minnesota Wild would come up to play an exhibition game. For reasons I can’t remember, I missed out on my first two opportunities. That wasn’t going to happen this year. My second-favorite team, the Penguins, were that year’s opponent and nothing or no one was going to keep me from seeing that game in person.

Except Gary Bettman. The negotiations dragged on into the summer, and shortly after school started the game in Grand Forks was cancelled. I was crushed. At that time, the Wild were the hottest ticket in Minnesota (in the midst of selling out 409 straight home games), so my hopes of seeing my first NHL game that year vanished. I still held out hope that at least part of the season could be salvaged, but it eventually became clear that it wasn’t going to happen.

For the first time since the baseball strike of 1994, and the second time before I was 25, an entire set of playoffs was lost. Some of my friends vowed never to watch the NHL again — and kept their vow for a time. Despite my bitterness, I knew I couldn’t turn away if it did return.

When the NHL came back the following season, the Wild came back to Grand Forks (for the last time, they haven’t been back since) and I was finally able to see my first game. It was an interesting experience. The league made an announcement before the game thanking fans for their support and how they would win us back. Their first attempt was eliminating ties and introducing shootouts, along with the bizarre trapezoid behind the nets. (Every time I watch a game with a non-hockey fan, I have to explain what that is, so at this point, I don’t understand what the whole reason for doing that was anymore). They introduced the shootout that very night by dragging both teams out from the locker rooms to show us how it would be played. Mikko Koivu won it by sneaking a puck through Jamie McLennan’s five-hole while flying through the air.

I wasn’t completely sold. To be honest, it wasn’t until the seven-game Stanley Cup Finals between Carolina and Edmonton in 2006 that I felt fully invested in the NHL again. After the Winter Classic was introduced in 2008, most of my friends got back into it as well; we’re all regular watchers and followers now. Even some casual fans got back into it after storied franchises like the Chicago Blackhawks and Boston Bruins ended their long Cup-less droughts.

Now, it could happen all over again. According to Sports Illustrated’s Stu Hackel, the owners and players are nowhere near close to signing another agreement, and fans should start to accept the possibility that another season could be lost. September 15 looks like the deadline for the season to start on time and that’s unlikely to happen.

Hackel says the dispute comes down to this: The owners think the players’ get too much of the league’s revenue and that too much is spent on salaries. Players believe that the league should share more revenue and the burden should fall on the wealthier franchises1

Will the season start on time? Not likely, but at least they’d be consistent with the NFL and NBA. Could it start in November or December? Possibly, but the fact that the two sides are so far apart indicates that a new CBA may take longer to hammer out.

Some say the most likely starting point will be at the Winter Classic on New Year’s Day, allowing for a 60-game season. It seems sad that we as fans should hope for that, but if the NBA can deal with a shortened season and still have an exciting playoff session, maybe the NHL can too.

However, the fear is still there. A deal may not be reached by then and another season could be lost. As a fan, I’m worried about this — not because of the fact that I would miss watching my favorite sport, but because I don’t think that the NHL has enough tricks up their sleeves (shootouts, outdoor games, etc.) to get fans to come back in droves once again.

And that disturbs me more than anything Hollywood could ever come up with.

1. If this situation didn’t upset me so much, I’d find it ironic that two political parties in Washington are debating a similar topic during this year’s election.