In the words of the author Charles Pierce, “Perception is perception and reality is reality, and if the former doesn’t conform to the latter, then it’s the journalist’s job to hammer and hammer the reality until the perception conforms to it.”

In that vein I like to compare myself to Cam Neely, taking his stick to a loose rebound in the crease until the puck conforms to his vision of a goal. I’m a full-time sports writer for the Los Angeles Newspaper Group, a music junkie, and in one man’s opinion, just below the cut for Top 5 Sexiest Los Angeles Sportswriters of 2012. To read about why I started AllPuck.com, click here.

Thomas Jefferson once said, “I’m a great believer in luck, and I find the harder I work the more I have of it.”

He must have been a hockey player. 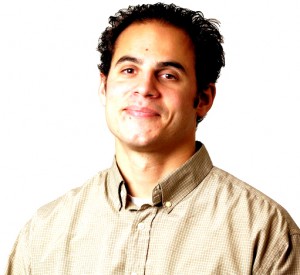 Oh, I can see the Founding Father lacing his skates on those Virginia ponds, “Life, liberty, the pursuit of happiness – and hockey, baby.”

Maybe I’m being facetious, because
that’s my writing style on this site.

Or maybe I’m being serious, because Jefferson, by default, is a Washington Capitals fan – and they don’t
have any luck.

I suppose I’m sort of a grinder. That’s what happens when everything you knew about hockey as a kid was learned from watching the top Division III college teams in the country battle it out every winter weekend. I repeatedly saw work ethic trump finesse – something I’ve lived by since.

An iceball’s throw away from the site of the 1980 Olympics, I spent three years as a sports reporter at a daily newspaper in Upstate New York. I am the publisher of AFCEastDaily.com and a freelance dude who will pretty much take on any media task not involving reading from Ron Burgundy’s teleprompter.

“Hockey is a funny game.”

It’s a simple but accurate observation. 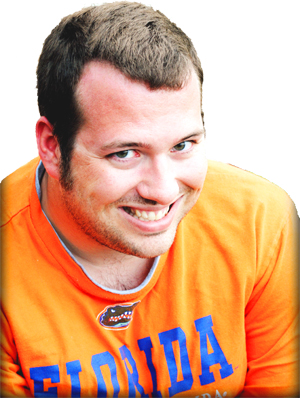 It came from former North Dakota player Jason Noterman and it’s one of the reasons I love the game. The better playing team can’t find the net while a team that has a terrible power play can tickle the twine five times.

I also think it represents my career: I was a kid who went to college to teach high school history and ended up becoming a sports writer. I’m a full-time sports writer for the West Frankfort (Ill.) Daily American and I have a Master’s degree in Sports Journalism. I also love to read and I am a huge movie fan.

Dan Hickling is a confirmed “puckaholic” and has been one since getting his first live glimpse of the sport in the 1960’s.

Hailing from Buffalo (where he was the first fan through the turnstiles at a Buffalo Sabres game – you can look it up), 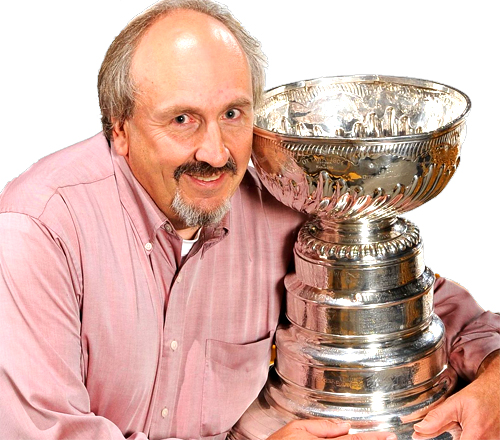 Dan has been based in New England for the past two decades, where he has covered the Bruins for a host of newspapers and websites.

Dan has been a member of the Professional Hockey Writers Assn. since 2000, and is equally at ease behind a camera or writing on deadline.

In the words of Hall of Fame hockey coach Bob Johnson, “Today is a great day for hockey.” Jason Karnosky believes every day is exactly that: A great day for watching, playing or covering hockey. Those are the words he’s lived by since he first laced up a pair of skates to traverse the frozen, snow-covered ponds of the Upper Peninsula of Michigan. 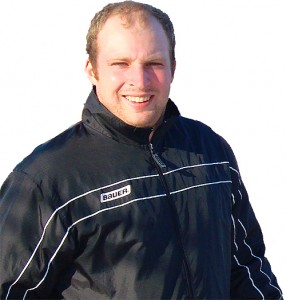 Jason has carried that lifelong love into his work as a hockey and sports writer for the Wisconsin State Journal of Madison, Wisconsin and the Milwaukee Admirals of the American Hockey League.

He also owns a Masters degree in Journalism and Mass Communication from the University of Wisconsin, graduating in the spring of 2010.