It is January 6 and several NHL teams have played their 41st game of the 82-game regular season. The Calgary Flames even jumped the gun Thursday and became the first NHL team to play 42 – ironic, considering they are among the oldest teams in the league. (Slow down, Jarome Iginla, and bask in what remains of your Hall of Fame career!)

For our purposes, we will call this the halfway point – an opportune time to take stock of the good, the bad, and the ugly. Having voted in the last four postseason awards, I can attest that teams and players seem to rise and fall on a whim; for example, last year’s Hart Trophy winner, Corey Perry, wasn’t even in the conversation until he started playing like an elite player in January. There is no hardware at stake here.

So we’ll reserve the proper nomenclature on these awards for June. But if ballots were cast today …

By definition, this award should exclude any consideration for the best player, and reward only the most valuable. It says here that Giroux, Evgeni Malkin and Jonathan Toews are roughly equal in value right now. The tie goes to the best, and so far the best of the three has been Giroux.

But going back to value for a moment: Consider that the Flyers have been missing their captain and vociferous leader, Chris Pronger, since Nov. 19. That would be enough to constitute an excuse for failure – the Penguins can relate – yet the Flyers have thrived on the back of their top center.

The 23-year-old Giroux (he turns 24 on Thursday) missed four games with a concussion in December, during which Philadelphia won twice. Giroux still leads the league in scoring with 48 points (18 goals, 30 assists) in 35 games. He is the reason the Flyers have scored more goals than all but one team in the Eastern Conference, the reason linemates Jaromir Jagr and Scott Hartnell are among the top 50 scorers in the league (who saw that coming?), and the reason Ilya Bryzgalov can joke about his own shortcomings from the bench.

Then, of course, there are the highlight-reel plays – the special moments that put butts in the seats and gave general manager Paul Holmgren confidence in trading former No.1 center Mike Richards. Giroux has provided them in spades, like his four-point game upon his return from the concussion Dec. 21. Others have scored more goals, but Giroux seems to score when it counts. This is one of his five game-winning goals; that it came against Ryan Miller in overtime offers one reason to compare Giroux to a slightly younger, healthier Sidney Crosby. That’s MVP company.

I’m still not sure why Weber did not win the Norris Trophy last season, when he deserved it over Nicklas Lidstrom.

Friend and colleague Josh Brewster recently wrote a column advocating Weber for the Hart Trophy. That’s a longshot in reality, but the fact that an argument can be made speaks volumes for Weber’s well-documented talent. His numbers – eight goals, 29 points, a plus-12 rating in 36 games while averaging 26:19 – attest that Weber is peaking at the right time, in a contract year.

The aging Lidstrom should not be an obstacle to Weber’s candidacy for the Norris this season, but here are two:

Lundqvist is somewhat of an anomaly:

He plays the most important position in the game, in the league’s largest market (New York) and – despite possessing elite talent – has annually been snubbed in postseason awards voting. He’s never won a Vezina Trophy and was a finalist three times, but not since 2008.

Part of the reason has been a lack of talent around him, a necessary ingredient for Vezina-worthy statistics. The Rangers have made the playoffs in five of Lundqvist’s six seasons, but never advanced past the second round. For once, that appears to be a strong possibility.

Right now Lundqvist is the unquestioned MVP of the Eastern Conference’s best team, and he boasts  the numbers to back it up: An 18-7-4 record, .939 save percentage (best among NHL starters), and 1.89 goals-against average (second among NHL starters). The Rangers have a well-earned reputation as one of the hardest-working teams in the league but only rank 13th in shots against per game. Lundqvist is the reason those shots rarely make it through, and a big reason for the Rangers’ 8-2-4 record in one-goal games.

A similar argument can be made for Jonathan Quick in Los Angeles, who would easily have the best won-loss record in the league with only average goal support (no team scores less than the Kings). Quick makes this a close race. But Lundqvist has been doing this too well this season, and for too long in his career, not to be recognized at this time.

Tortorella, like Lundqvist, is a known quantity: Winningest American-born coach ever.

No one gets more out of his players. Doesn’t get along well with Larry Brooks.

Here’s one Tortorella footnote that’s often overlooked: the Tampa Bay Lightning were a bad team his first two years behind the bench – below-.500 bad. It wasn’t until 16 games into his third season, 2002-03, that management rewarded Torts and his staff by invoking 1-year options on their contracts. The following season, the Lightning won the Stanley Cup.

This is Year 4 for Tortorella on Broadway and the parallels are becoming hard to ignore. Like Vinny Lecavalier years ago, Brad Richards has given Tortorella an elite center to spark his offense. Lundqvist is Lundqvist and the defense has been stellar – not insignificantly, without Marc Staal for all but three games. Tortorella has leaned on blue-collar blue-liners Dan Girardi and Ryan McDonagh to eat minutes and opponents’ shots from the point.

Come to think of it, there aren’t many stars here, at least not for a team so high in the standings. How un-New York. Tortorella may be the biggest star in the market and, at the moment, the best coach in the NHL.

If you needed a reminder that the Panthers are still rebuilding, consider that their top line consists of Tomas Fleischmann, Stephen Weiss and Kris Versteeg.

“Resourceful” rarely applies to first-place teams, but the Florida Panthers are leading the Southeast Division without an Ovechkin, a Stamkos, or even the invigorated fan base watching the Winnipeg Jets.

Credit Tallon for plucking offensively gifted defenseman Brian Campbell out of Chicago (and credit Campbell with staying healthy), not to mention goalie Jose Theodore (14-8-4, 2.43, .918) off Minnesota’s bench and head coach Kevin Dineen out of the AHL. Dineen has pressed many of the right buttons, but Tallon has pressed a couple more since succeeding Randy Sexton last May.

If ownership ever allows him to spend beyond the salary-cap floor, we can envisionTallon orchestrating a worst-to-first turnaround similar to the one he engineered in Chicago. Even with limited resources, the Panthers have a good internal cap structure. Tallon’s best move, however, may be his selection of QMJHL star Jonathan Huberdeau in the last Entry Draft.

He has outplayed Jaroslav Halak most of the season, and is a major reason why the Blues would be the No.5 seed in the Western Conference if the season ended today. There are no nights off against this team.

The former Ottawa Senators netminder came back down to Earth a bit in his last four starts, going 1-3-0 despite playing well. With new coach Ken Hitchcock platooning the two goalies, and considering his limited history of success, we doubt Elliott will continue at his current pace. But for now, he’s a nice story and a good candidate for the Masterton Trophy, which rewards perseverance and dedication to the game.

Since reaching the Stanley Cup Final in 1996, the Panthers have won exactly zero playoff rounds. 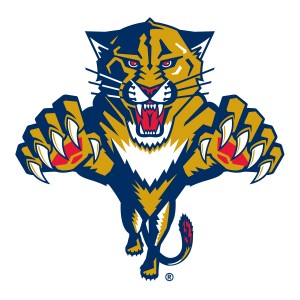 They haven’t made the playoffs at all since 2000.

Considering their roster is in the middle of a significant rebuild, this didn’t look like the year things were going to change. Yet Dineen has somehow succeeded where Peter DeBoer, Jacques Martin, John Torchetti, Rick Dudley, Mike Keenan, Duane Sutter and Terry Murray could not.

The top line, with Weiss at pivot, has been outstanding. Veterans like Theodore, Campbell, Ed Jovanovski and Mikael Samuelsson have led by example. Mostly Dineen has molded a motley collection of role players into his hard-working image, and it’s paid off splendidly in the first half. Can they keep it up into the playoffs? That would be a much bigger surprise.

The Stanley Cup hangover apparently took a year off.

The Bruins and Canucks are again near the top of their respective conferences.

While Vancouver should be hungry after watching Boston hoist the Cup last June (then watch hooligans vandalize their city), the Bruins’ dominance has been ruthless and unprecedented in the current era. They are physically dominating every team that dares move the puck an inch, while showing no signs of wear and tear from playing 107 games last season.

The key stat: Boston is on pace to outscore opponents by 147 goals. That would be the highest regular-season goal differential since 1977-78, when the Montreal Canadiens set the NHL record (plus-176 in 80 games).

Paper tigers, the Wizard of Oz, a house of cards –

insert any metaphor for a person, place or thing exposed for being worse than it appeared, and you would not be wrong here.

Randy Carlyle is without a job. Ryan Getzlaf, Bobby Ryan and Perry, the reigning Hart Trophy winner, are on the trading block. The magic that the Ducks rode to the fourth seed in the Western Conference last season has vanished, and not even Bruce Boudreau has been able to find it in his short time on the job. Particularly devastating is that the same players who led the Ducks last season – especially Getzlaf, Ryan, goalie Jonas Hiller, and top defensemen Lubomir Visnovsky and Toni Lydman – have simply not been the same players this season under two different coaches.

When a roster lacks talent (Blue Jackets/Hurricanes/Islanders), it’s one thing. When the collective talent seems to appear one moment and inexplicably vanish the next, you have the 29th-ranked Ducks.