Five veterans poised for one last Olympic hurrah at Sochi.

The 2014 Winter Olympics in Sochi mark the end of an era. A few eras, actually.

These players might not be the most integral to the final medal standings, or even play the most minutes on their team. But for some, 2014 will be their final Games. Let’s take a minute to appreciate all they’ve done while they’re still roaming the ice.

The Finnish Flash has toyed with retirement more times than Brett Favre, yet the 43-year-old is finally showing signs of slowing down in this, his 22nd season in the National Hockey League. He already announced before the season that it would be his last (in the video above). Selanne’s importance to the Anaheim franchise is measurable: Through 42 games this season, he has seven goals and 18 points, is a plus-2, and represents one of the veteran voices on the NHL’s best team. Thanks to that success, Ducks coach Bruce Boudreau has been able to give Selanne some nights off. In theory, Selanne will have fresh legs for the grind of the upcoming Olympics — his sixth — and the Stanley Cup playoffs.

Though Selanne is no longer his country’s top player, his legacy is unparalleled. The ageless wonder led Finland in 1992 with a tournament-leading seven goals and 11 points in eight games. In 2006, Selanne scored six goals and 11 points — both tournament highs — in eight games. Finland lost the gold-medal game that year to archrival Sweden, while Selanne was named the tournament’s top forward. Finland collected bronze medals in 2010 and 1998. Selanne and his veteran teammates are hoping for one last hurrah, and to take home the gold medal that has so far eluded the proud hockey nation.

On an Olympic team chock-full of old-timers, Jaromir Jagr isn’t even the most senior member of his team. That distinction belongs to 42-year-old Petr Nedved.

The soon-to-be 42-year-old Czech standout is having a remarkable season with the New Jersey Devils. Jagr leads the team with 16 goals, 28 assists and 44 points (the Devils’ next closest scorer is fellow Czech Olympian Patrik Elias with 29). Maybe more impressively, Jagr has played in every one of the Devils’ 53 games. Jagr, who is on pace for the second greatest over-40 statistical season in NHL history (behind only Selanne’s 80-point 2010-11 campaign), is also carrying the Devils toward a possible playoff spot on the back of his surprising plus-20 rating.

If the Czechs are to continue their trend of medaling in every other Olympic games, Jagr will likely play a huge role. Czech coach Alois Hadamczik left off top NHL talents like Radim Vrbata and Jiri Hudler from his roster in favor of veterans like Nedved and Tomas Kaberle, who are playing in their homeland. A final encore for the Kladno native would be nothing new. Jagr carried his country’s flag at the 2010 Olympics and is the only remaining holdover from the nation’s 1998 gold medal triumph.

Daniel Alfredsson had a tumultuous summer in North America. The longtime Ottawa Senators captain left for one last run at a Stanley Cup in Detroit, a shocking heel turn for a player once synonymous with Canada’s capital.

In his native Sweden, Alfredsson’s standing has hardly changed. The 41-year-old was named to his fifth Swedish Olympic team and will serve as alternate captain. Alfredsson and several of his Red Wings teammates have a chance to become the backbone of Sweden, a pre-tournament favorite looking to regain its golden form of 2006.

Alfredsson has stood out in every prior Olympics for Sweden, averaging more than a point per game while totaling 11 goals. The Gothenburg native’s best performance came in 2006, when he led Sweden with five goals and 10 points in Turin. That team captured the only hockey medal for the Blue and Gold since the tournament allowed NHL players in 1998.

Few NHL players have endured a more difficult road over the past four years than Luongo, who will always be remembered in Canada as the goaltender that backstopped the country’s 2010 gold-medal run. Luongo was in goal for Vancouver’s run to the 2011 Stanley Cup finals, only to lose in seven games. The following season, Cory Schneider became the starter in Vancouver before Luongo endured a 2012-2013 season filled with trade rumors. Then, at 34, Luongo regained Vancouver’s top spot by default after Schneider was traded to New Jersey. Got all that?

But Luongo has been nothing short of resilient this season, going 19-12-6 with a 2.25 goals against average and a .921 save percentage for a Canucks squad that is currently in a playoff position. For his efforts and experience, Luongo was again named to Canada’s national team, and will likely see action along with newcomer Carey Price. If Price, who is inexperienced on an international stage, struggles at all, expect the Montreal native to get another shot to backstop the defending champions and perennial favorites.

Unlike every other player above on this list, I would expect Streit to compete in least one or more Olympics beyond 2014, but the 36-year-old veteran of three previous tournaments remains the standard bearer of the recent Swiss hockey renaissance. Though Streit was not a member of the 2013 Swiss World Championship team that won its first silver medal since 1935, he’s arguably his nation’s best all-time player and the pioneer for others from the alpine nation to follow him into the NHL.

As the likely captain, Streit will have an unusual surplus of NHL teammates skating alongside him in Sochi: Nino Niederreiter, Damien Brunner, Roman Josi, Yannick Weber, Raphael Diaz and goaltender Jonas Hiller. Of those impact players, only the Bern native was a member of the country’s 2006 squad that beat heavily favored Canada and the Czech Republic en route to a sixth-place finish. Can the Swiss make a major impact this time around? With their best talent to date, and a soft pool draw in Group C, Streit’s squad seems poised to be the surprise team of 2014.

Five other impact Olympic veterans to keep an eye on: 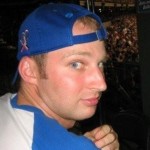